There are many statements and opinions about what DevOps is, but no official definition... Why is this term becoming more and more popular and what does it mean?

„DevOps is a set of practices and cultural changes – supported by automation tools and Lean processes – that creates an automated software delivery pipeline, enabling organizations to deliver better-quality services and applications faster.“

So, what is DevOps?

Imagine DevOps as a set of processes and tools that help DEVelopment and OPerationS team to be more efficient, innovate faster and deliver faster.

It can also be seen as a culture that both teams must adopt to do their work as good as possible.

„DevOps is not a goal, but a never-ending process of continual improvement." – Jez Humble (Founder & CTO at DevOps Research and Assessment)

Why is DevOps important?

The Puppet Company has made a survey among IT companies that apply DevOps in their processes and revealed the following facts: 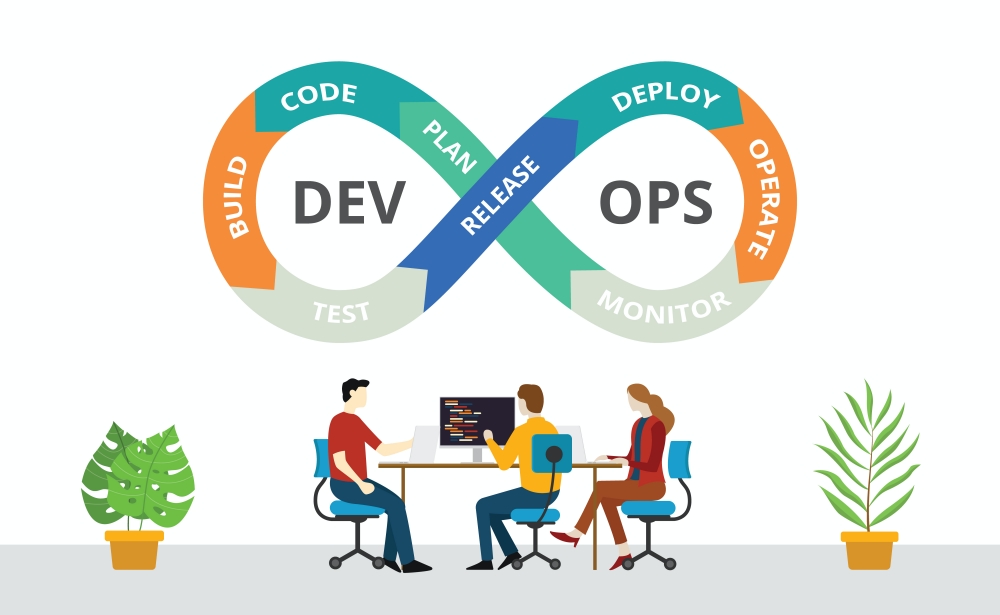 The first phase is "plan" which means recording requirements, creating a plan and individual tasks for implementation. The second "code" phase represents the code & the programming itself. In the third "build" phase, the entire code is being built and a complete test is performed in the fourth "test" phase. After testing, the phases "release" & "deploy" begin. The "operate" phase then means that the product or application is already in use. The "last" step is to monitor performance, optimize infrastructure and detect deficiencies... but this process does not end at all. After the "monitor" stage, the "plan" phase begins again and the process is repeating... constantly.