Android vs. iOS... which one do we prefer?

For quite some time now people fall into two camps that like to taunt and joke with each other on who uses what operating system. This division becomes even more notable when one operates in the IT sphere. Often times you can hear an Android guy making fun of a missing function on the iPhone and iOS supporters cracking jokes about the speed of Android devices.

Where do we stand?

The pie chart below speaks for itself but just to be clear - the score in our offices is relatively even, where iOS wins by a little margin with a total of 11 votes (out of 20 participants overall). In total 8 people represent the Android operating system and we even found one colleague who uses a BlackBerry device. 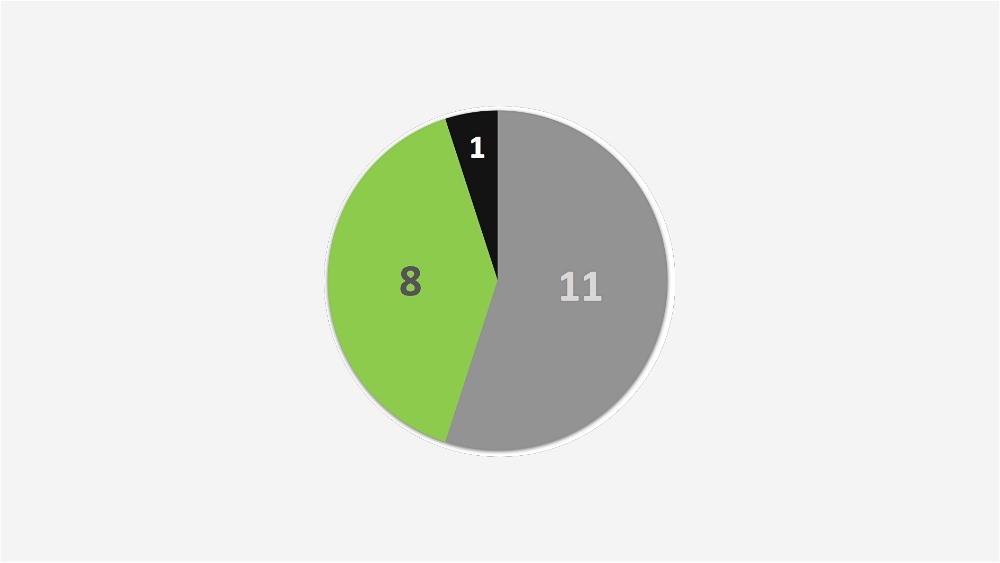 But are we satisfied with our smartphones?

The second step of our research was to find out whether we are truly satisfied with the devices that we use. Out of 20 participants 13 are content with their smartphone. However two of us expressed the exact opposite. Matej - one of our founders, stated that his current device is no longer up to the task performance wise and it gives him grief in the form weak sound, dropped calls etc. Our backend web developer Samo says:

"My expectations are high when it comes to functionality and security, which many times are conflicting (e.g. I am not willing to share my personal data on questionable servers, but at the same time I require easy access to them and ideally the simplest and most flexible way of working with them). Moreover, I use multiple SIM cards as I am not satisfied with any mobile operator in terms of their offered services, and their availability, when travelling. This limits my choice of devices as today fully dedicated dual-SIM devices are hard to come by as the trend leans towards hybrid slots that allow either a SIM or SD card. I am honestly looking forward to "SIM-less" phones."

Our graphic designer Gabriel stands out as the only one still sporting a BlackBerry "button-phone". As this is quite unusual these days, we posed the question "Why?" and this was his reply:

"Its style and the BlackBerry name (especially their past glory days) are what convinced me to purchase a device from this brand. I have been using it for many years now and I really like the full qwerty keyboard in combination with its touch screen. Since I only use it for phone calls and to send text messages, it is sufficient. However, as my next device I am definitely looking to get an iPhone - mainly because of compatibility with the other devices that I use."